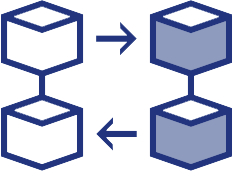 Atomic swap of 1 BTC for 100 LTC cryptographically guarantees that:

(1) if the user transfers her 1 BTC to the exchange, even a compromised or malicious exchange cannot prevent the user from claiming her 100 LTC, and

(2) if the exchange transfers its 100 LTC to the user, even a malicious user cannot prevent the exchange from claiming its 1 BTC

Arwen's atomic swap trades happen instantly. Nothing is posted to the blockchain during a trade. Trading involves cryptographic messages sent between the user and the exchange, escrow balances adjust appropriately. Because these messages are visible to no other party, each trade is protected from front running and griefing.

The only on-blockchain transactions are

(1) depositing coins into escrow, which replaces deposit into exchange custody

For a deeper technical dive, you can review the Arwen whitepaper.

S
Scott is the author of this solution article.

Did you find it helpful? Yes No

Send feedback
Sorry we couldn't be helpful. Help us improve this article with your feedback.